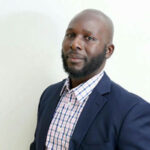 Darren is a formerly incarcerated activist, advocate, and organizer. Darren was involved as a leader in the #CLOSErikers campaign since it’s launch in 2016, and was awarded the very first Lawrence “Larry” Gelber Award for Justice in 2017 by JustLeadershipUSA. He is an alumnus of the Bard Prison Initiative where he earned his B.A. and graduated from Hunter College with an MSW in 2019. Darren previously worked as the Outreach and Alumni Engagement Coordinator with JustLeadershipUSA.

We welcome your questions and comments

During the COVID-19 pandemic, we are open by appointment only.