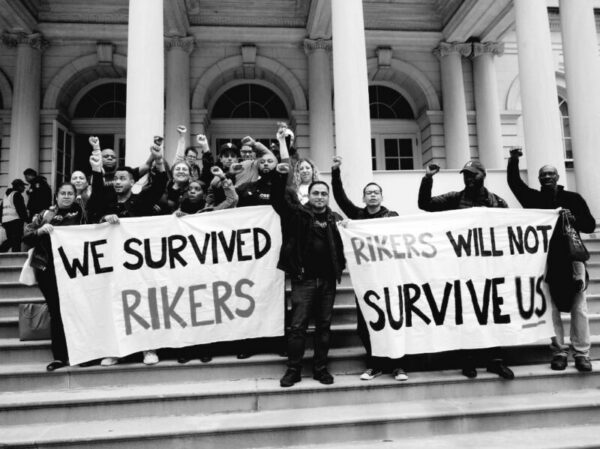 There have been several past attempts at closing the 400-acre, 10-facility jail complex known as Rikers Island. The most recent effort has been the first led by formerly incarcerated people, and has succeeded in forcing the City to face the human rights crisis that is Rikers Island and making the closure of Rikers by 2027 established law. But much remains to be done.

On October 19, 2019 New York City Council responded to the calls of formerly incarcerated people by voting 36-13 in favor of closing Rikers, reducing New York City’s jail capacity by 75% and improving conditions for anyone detained. And in February 2021, the three bills that comprise the Renewable Rikers Act passed with overwhelming support in the City Council and were signed into law by the Mayor, legislating the lawful transfer of Rikers from the Department of Correction toward a renewable, regenerative, and restorative post-carceral future as a green energy hub.

We have made important progress, but Rikers Island is not yet closed, and we must keep the pressure on. Learn more here about the Campaign to Close Rikers, check out our issue briefs, and explore our infographic for candidates and elected leaders.

We welcome your questions and comments

During the COVID-19 pandemic, we are open by appointment only.